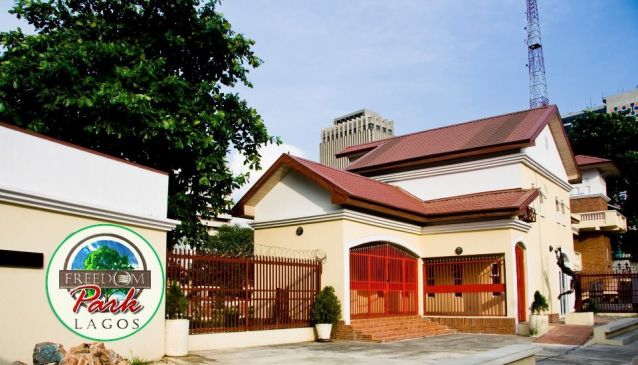 “Welcome O life! I go to encounter for the millionth time, the reality of experience and to forge in the smithy of my soul, the uncreated conscience of my race.” – James Joyce in A Portrait of The Artist as a Young Man.

If we understand what is happening in the country at the moment, we will understand that we are headed for anarchy and this is because cry for justice fell on deaf ears; it fell on minds who cannot create anything good except the theaters of bloodshed. I urge fellow Nigerians to believe and stand for freedom but we have to do it from hence forth creatively and in symbolic ways.

In ways that will endure. Let us try the creative arts if we can. Yes, there can be guerilla theater plays (in the streets or in your homes), we have to enlighten people on the need to avoid destructive violence, we have to sing to soothe the pains people are passing through at the moment. A play or poem can inspire the civil right activist, a lawyer, World leaders, etc. to do something. There is a role the arts play in liberating the mind. We cannot jettison that role for anything.

It is unfortunate that our government at all levels are interest in money than in creative arts; that is to say, they are interested in frivolities than in the business of life, and this is why they can waste many lives. And so we may understand that Nigeria is not free yet largely because the mind of many Nigerians (especially the political leaders) is not liberated yet. The liberation of the mind is an endless endeavor, and so we must make of our country a freedom park, where we do the business of life!

Since the government has failed to inspire me, I take inspiration where I find it. I am broken this night but I have learnt to use my anxiety constructively. I found the inspiration for this article from my experience in Freedom Park Lagos. According to Wikipedia, “Freedom Park is a memorial and leisure park area in the middle of downtown Lagos in Lagos Island, Nigeria which was formerly Her Majesty’s Broad Street Prison.” colonial prison and it was abandoned for many years after the last time it was used.” The government of Lagos state was about auctioning the land for sale before Mr. Theo Lawson, an architect stepped in and vehemently kept the place from being sold. He worked with a team of people who preserved the place. They did not only preserve Freedom Park but they turned the place that had kept man in prison into a place that sets man free.

A place that inspires man and sparks creative imaginations is a place that sets man free. A place where people are free is a place to be. Symbolically, Freedom Park was built to mark the 50th independence of Nigeria in 2010. Ten years from that time, Nigerians are agitating to be truly free. Imagine how gory my state of mind will be this night if I did not have the Freedom Park, Lagos to Inspire me.

Now, remember the government wanted to sell this place. This is simply what we keep seeing in Nigeria. Everything is money and of no other value! In Nigeria, man can be sold for money; man’s mind can be imprisoned because some people are making money out of his inaction; man’s education is sold for money so that he may never become free, etc. It takes a few creative persons to lead and they must not be in government. This is bold truth as we can see that it took Mr. Lawson and his team to salvage the colonial prison and to reconstruct it into a freedom park.

What wise people in government do is to get such minds closely as advisers. But not to forget, James Nwafor, the CSP that is currently accused of various crimes during his time at Awkuzu SARS, was the adviser of the Governor of Anambra State and may have remained the adviser except that the people decided to recreate their life, to ultimately make of their environment a freedom park. Thus, the environment at once became too hot for injustice.

That is what freedom does to the human race. I hope to say that James Nwafor made a wonderful advisor but the freed minds will lynch me and I rather stay alive or die speaking the truth. James Nwafor had blood in his hands and he was advising our governor on security; It is the spirit of the recent times stating this more than myself can and therefore it is a bold hand writing on the wall. You can understand why there are more killings in Nigeria, as the people are asking that they may not be killed.

Freedom is a historical legacy. It is what a generation learns from the other and keeps passing on to the coming generations endlessly. It is musical score without an end, it is a poem of endless verses and beauty, it is a river overflowing into the sea, it is the life without end that is promised in heaven. Freedom Park Lagos has these values. It is a historical monument which teaches us how to transit from bondage to freedom. The cells which held even our own Obafemi Awolowo are now places where I can sit with a beautiful girl, or a client, or my relatives, over some refreshing meal and drinks. The spot where people were electrocuted to death is now a place where I can stand and speak my mind without fear.

The entire space that where manned by warders who kept people in locks are now maned by leaders who set people’s mind free, with the Chief Warder Theo Lawson, leading the quest for freedom. The place once filled with gruesome sights is now a place bustling with inspiring arts such as plays, music, documentary films, musicals, poetry performances, literary events, photo exhibitions, to mention but a few.

It was in Freedom Park that I took my first degree project to the public, led by Ed Keazor, a Nigerian historian, musician and lawyer. I met and performed with the Ikenga band led by Ed Keazor who spotted me in Awka and felt that my innovative blending of Oja and western musical instruments needed to be seen more widely. After a performance, I was hugged by Theo Lawson who urged me to keep on with my work and offered to enlist me among the artists to perform in Felabration 2016.

I performed in Felabration 2016 as he promised. In all of these, Ed Keazor, Theo Lawson, Tam Fiofori, Frank Obanya, and all the creative minds I met at Freedom Park do not know my father nor my mother, yet they have supported and encouraged my visions just as they have to bright minds who come to the Park.

This is the kind of thing you encounter in this park and this is what Nigeria should be. A place where ideas thrive and not a place where clannishness meets ignorance (disaster!). So, we have to make Nigeria truly a place “where the child of a nobody can become somebody without knowing anybody”, as Aisha Yesuf put it.

If you make the mistake of asking creative people to describe the Freedom Park, you will be overwhelmed with the fruit of this place which would have been sold. Of course, our politicians keep our money to be looted by snakes and monkeys. I still wonder whether those two animals as previously accused are metaphors for some greedy thieves who do not deserve any human name for their inhuman act of stealing. Yes, this is what I think and this is the only way it will be sensible to have snakes and monkeys rob our nation of money!

What about recreating this space like Mr. Lawson and his team of creative minds (and indeed anybody who has set foot on Freedom Park) have done. If you visit Freedom Park Lagos and understand what would have been of it if the project was just to keep a prison alive and keep people’s mind dying, then you will understand how laughable it is to keep Nigeria preserved the way it is now; perhaps after such encounter, one may discern truly how urgent Nigeria should be restructured.

Freedom Park makes this reconstruction easily imaginable. It not only sets the mind of those who go in there free, it gives the Lagos Island good image as it draws people from Nigeria and all over the world to the Lagos Island. It absorbs creative talents from the Island as well and instead of waiting for them to commit a crime and enter the prison, it sets their mind free from thinking of crime. They instead think of singing, acting, painting, drawing, taking photos, etc.

An idle mind is a devil’s workshop. How many of such parks has Nigeria created or successfully preserved? Yet we have people who are committed to declaring even innocent citizens, criminals; arresting them and eventually killing them without any trial. Imagine how many people will like to invest in Nigeria, visit Nigeria, live in Nigeria, marry from Nigeria, give example with Nigeria (in good things), etc. if it was a Freedom Park.

While the Nigerian Police is busy beating/killing us (both the guilty and the innocent) with sticks and bullets, Freedom Park is busy beefing up our minds with knowledge. We will not have a decent society until we learn to be proactive and make knowledge free. The solution to most criminal issues is to creatively engage the human mind. We must choose to extol the dignity of human existence by allowing man to live as a creative being.

According to Mr. Theo Lawson’s post on October 4th 2020, on Facebook: “In celebrating with Freedom Park@ 10, PAW Studios presents ‘Esther’s Revenge’. This play describes the trial, press coverage, and eventual pardon of Esther Johnson, a young Nigerian who Murdered her lover, a British railroad employee, in 1953. These events offer insights into the social history of mid-twentieth-century southern Nigeria as well as the relationship between sexuality and colonialism.”

In conclusion, I saw a picture of a young boy who was crying with his mum on the social media. They live abroad and the boy is not treated well amongst his friends and he wants to come back to Nigeria to do his Secondary school here. The boy has no idea what Nigeria is. Now, the boy has something to clearly show him how Nigeria works. The videos of the shootings at Lekki Toll Gate is enough details. The blood on the flag is enough details.

The conversation ended with the boy and the mother in tears, asking Nigerian government officials to fix Nigeria and all I can say now with my teary eyes is, Nigerian leaders, make this country a Freedom Park! or WE THE PEOPLE will, with our blood and might.